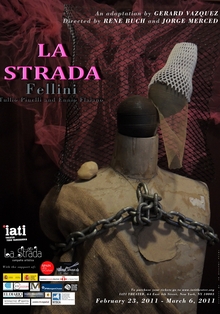 
Based on Fellini’s famous film, this theater adaptation has the character of the Innkeeper opening and closing the story of the ill-fated street performers. I also became one of the musicians during the play.